Skip to content
by AdminPosted on11th May 201825th June 2019
What is election?
Elections in the Republic of India include Parliament, Rajya Sabha, Lok Sabha, Legislative Assemblies, and numerous other Councils and local bodies.
According to the Constitution of India, elections should take place to the Parliament and State Legislative Assemblies every five years, unless an emergency is under operation.
Further, any vacancy caused by death or resignation must be filled through an election within six months of occurrence of such vacancy. The elections to the lower houses (in Parliament and in the states) use first past the post system – the candidate with a plurality of the votes wins the election.
Election Commission of India is an independent entity proscribed in the Constitution of India. It is the federal authority responsible for administering all the electoral processes of India and ensuring they are free and fair.
To know more about Election Commission visit the official website.
Why Should We Vote?
Voting in India is a Constitutional right if one is a citizen over 18 years of age old. However, that also makes it optional. It has been a tendency among voters, especially in the urban areas, to treat the voting day as a day of rest. While skipping the vote may not seem to cause any harm, the long-term consequences are disastrous.

Every citizen of India must his or her vote: It is our responsibility and an honour.

Lesson to non-performed candidates: If the people of India think that the ruling government is not performing its duties satisfactorily, they can show it the door by voting against it. Refraining from doing so can result in the same party, or a worse one, being elected for the next five years.

Single a vote can maters: India is a so populous country, a voter might feel that a single vote does not make any difference. Yet, while this becomes a national attitude and lakhs possibly crores may not votes. By making their vote, citizens may not necessarily be able to get the best candidate elected. Politics being what it is but by avoiding their vote it can increase the chances of unsuitable ones win the polls. At the end, all citizens have to suffer through poor governance.

Voting is every citizens responsibility: Voting is as much a responsibility as it is a right. The whole group of Indian democracy is built on the foundation of voting. If citizens are not careful about their vote or worse, skip their vote altogether it will expose the existence of our democratic Republic.
It is way of expression: Voting offers every citizen a medium of expression. In a country as vast and diverse as ours, different regions have different concerns and priorities. The process of voting allows every citizen to have a say in what should constitute the matters of importance by voting for the candidate he or she thinks fit for the purpose. 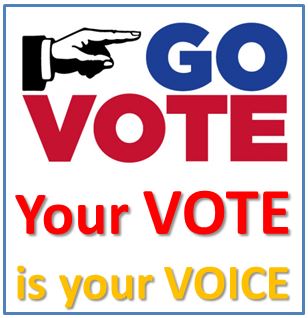