Skip to content
by AdminPosted on18th April 201925th June 2019
With the unveiling of the Statue of Unity in India today, there is a new name topping the list of the tallest statues in the world. The new monument to Sardar Vallabhbhai Patel stands 597 feet (182 meters) tall, overtaking the previous record holder, the 420-foot (128-meter) Spring Temple Buddha, in China’s Lushan County. Using Wikipedia’s standard of measuring to “the highest part of the human (or animal) figure, but excluding the height of any pedestal,” we present images below of the 15 tallest statues in the world as of today, plus five bonus photos of some more famous—if smaller—colossal monuments.
1)  The Statue of Unity, portraying Sardar Vallabhbhai Patel, one of the founding fathers of India, during its inauguration in Kevadia, in the western state of Gujarat, India, on October 31, 2018. The monument, standing 597 feet (182 meters) tall, is now the tallest statue on Earth. 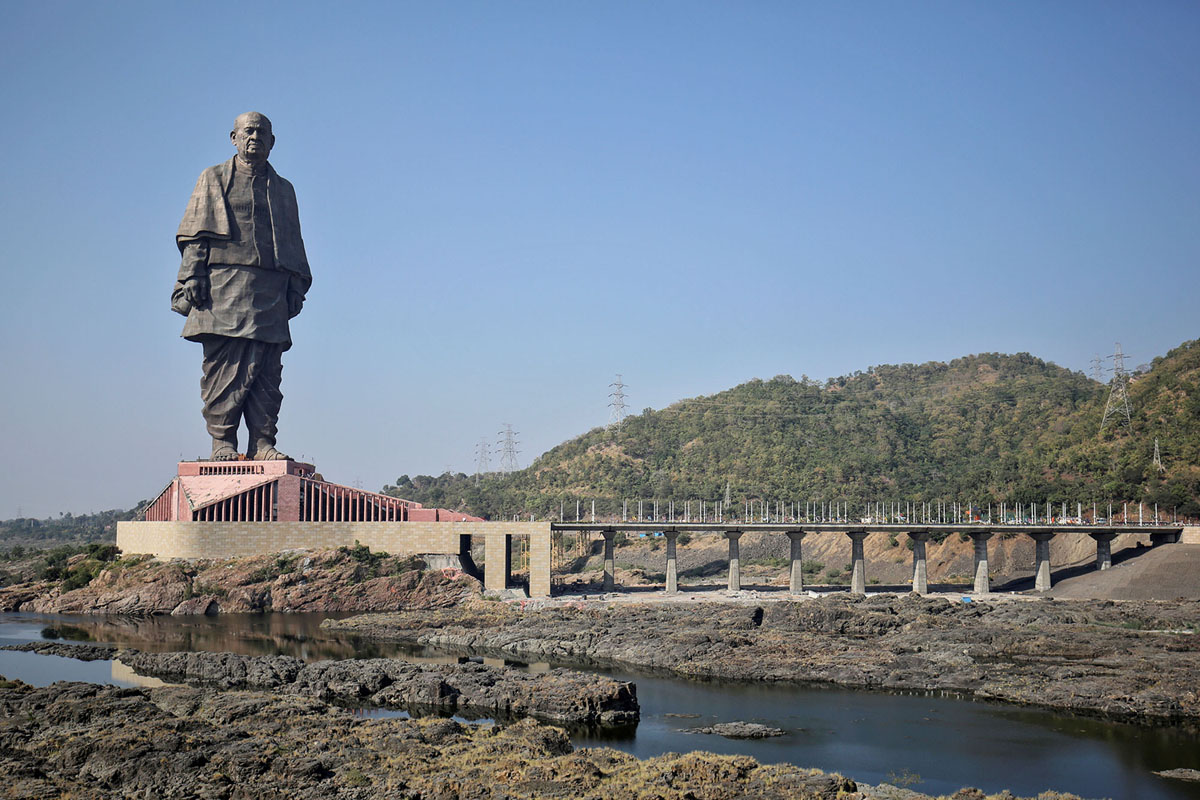 2. Stairs lead up to the 420-foot (128-meter) Spring Temple Buddha statue, now the second tallest in the world. The statue stands near the town of Zhaocun, in Lushan County, Henan, China, and was completed in 2008. 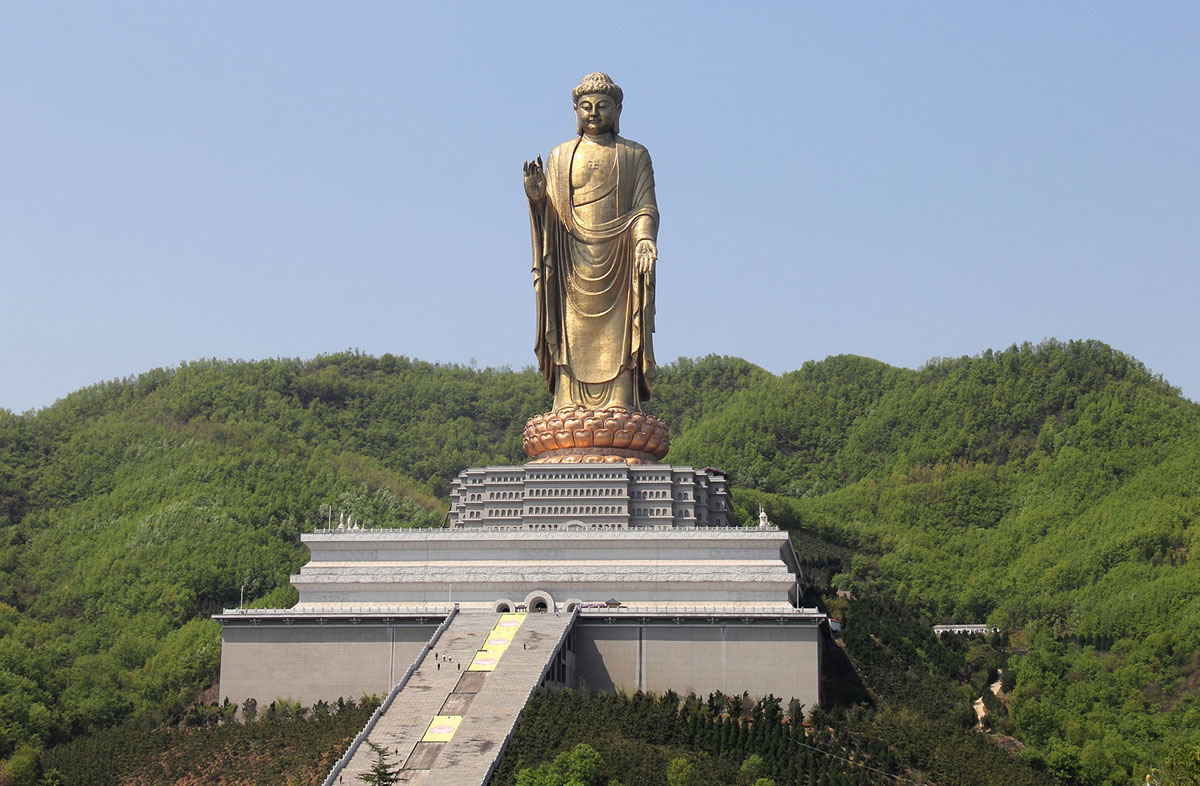 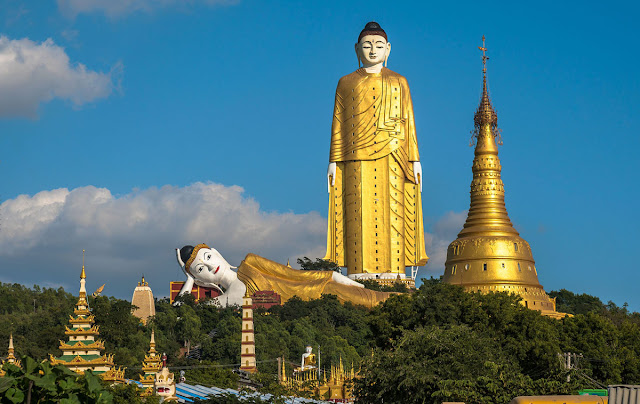 4. The Ushiku Great Buddha in Ibaraki, Japan, photographed on April 29, 2018. The 330-foot-tall (100-meter-tall) statue, completed in 1993, held the title of the world’s tallest statue for nine years, and now holds the fourth-place slot. 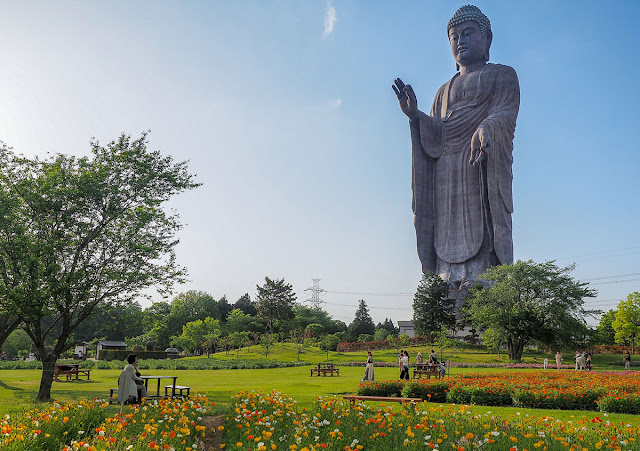 5. The cityscape of Sendai, Japan, with the 330-foot-tall (100-meter-tall) Sendai Daikannon in the distance, viewed from Mount Aoba 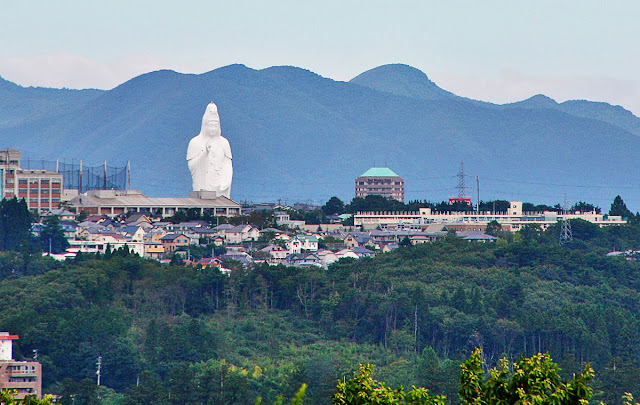 6. The 325-foot-tall (99-meter-tall) Guishan Guanyin of the Thousand Hands and Eyes, photographed in Miyin Temple in Weishan, Changsha, China 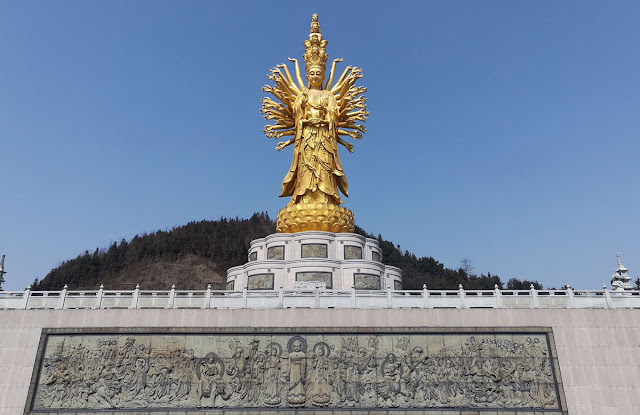 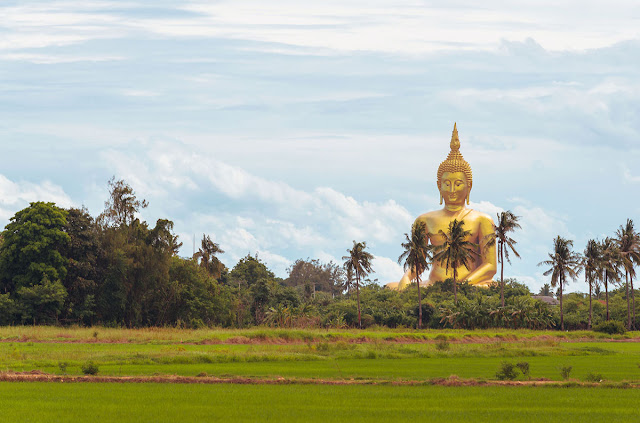 8. The 289-foot-tall (88-meter-tall) Dai Kannon of Kita no Miyako park overlooks a festival in Takasaki, Japan. The monument depicts the bodhisattva Guanyin, or Avalokitesvara. 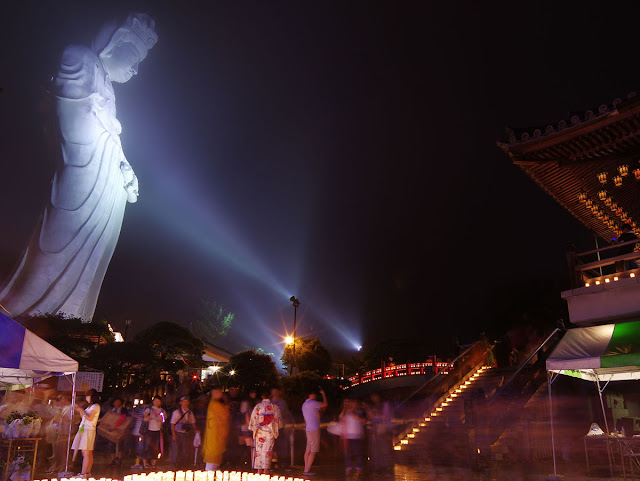 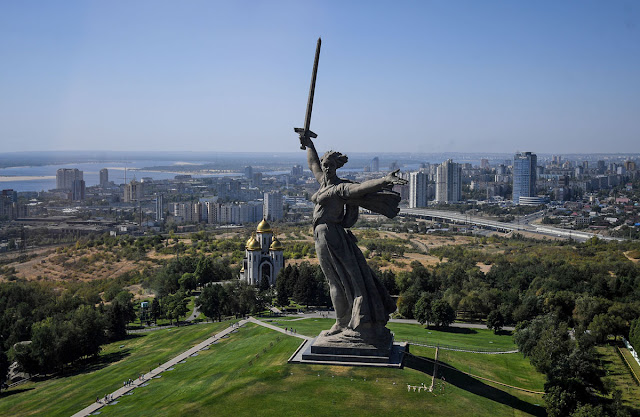 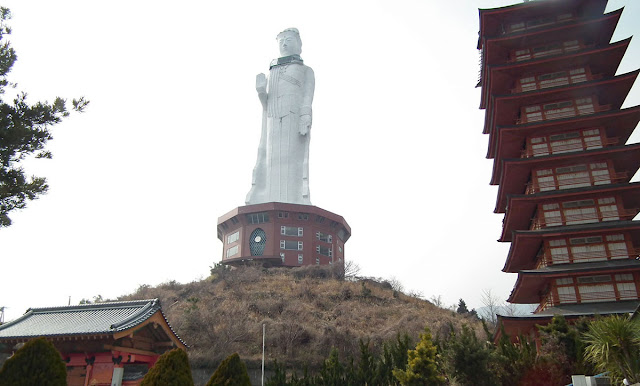 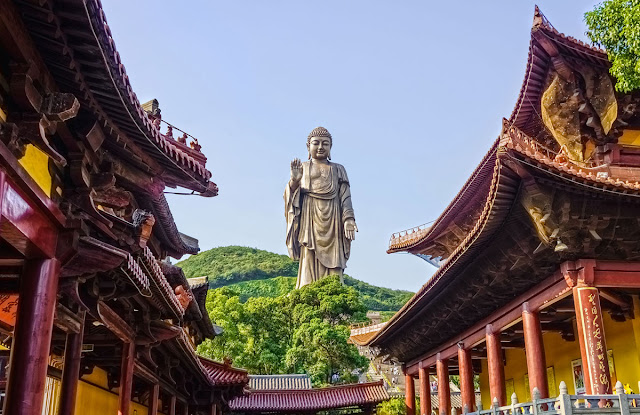 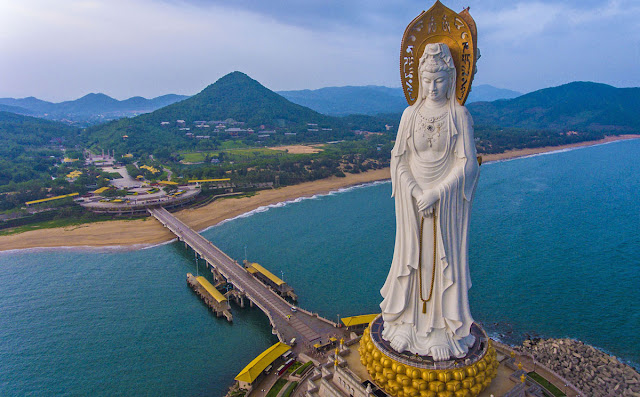 13. A monk walks in front of the 249-foot-tall (76-meter-tall) bronze statue of Dizang Pusa, a bodhisattva known in Mahayana Buddhism as the protector of creatures in the hell, in Mount Jiuhua, Anhui, China, in October 2017. 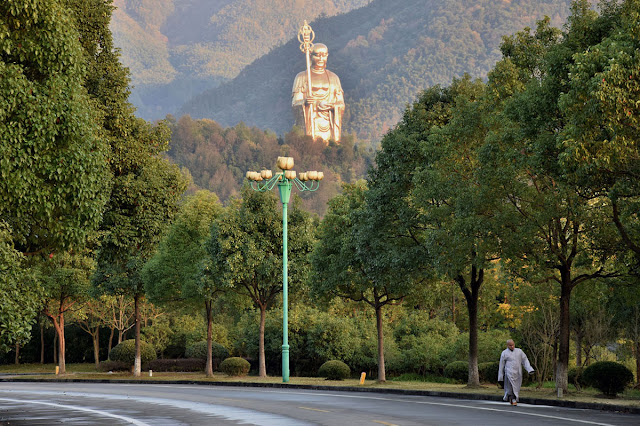 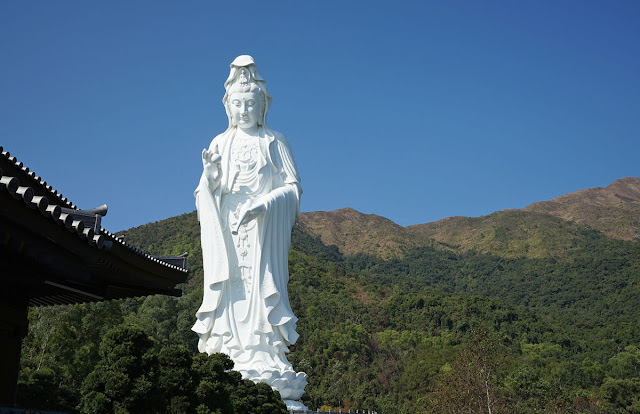 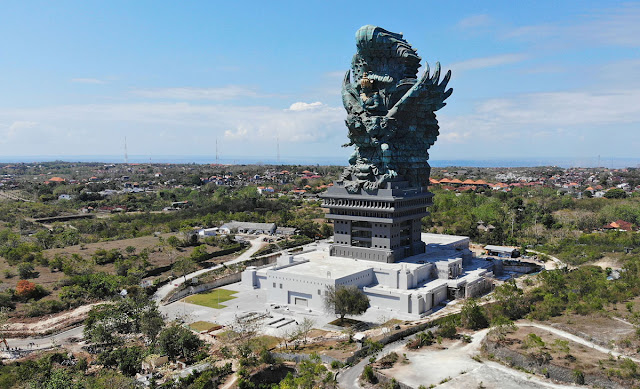 16.The first of the bonus photos: Coming in at No. 29 on the list of tallest statues is the 190-foot-tall (58-meter-tall) Guan Yu statue, photographed in China’s Jingzhou city on June 7, 2018. Guan Yu was a famous general who lived about 1,800 years ago, and who has come to be revered as a god of war. 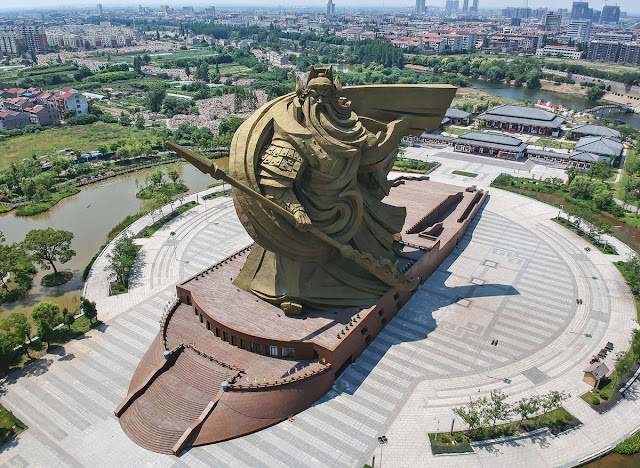 17. At No. 39 is the Monument of the African Renaissance, a 161-foot-tall (49-meter-tall) statue that sits on a volcanic hill overlooking Dakar, the capital of Senegal, photographed on September 27, 2017. Designed by the Senegalese architect Pierre Goudiaby, the monument was built by a North Korean company and completed in 2010. 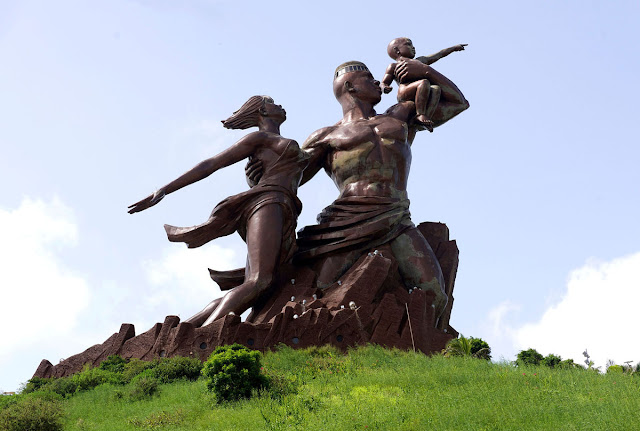 18.The Statue of Liberty in New York City only places 47th on the list of tallest statues, at 151 feet (46 meters) tall. The statue is pictured here, in front of the Empire State Building, lit in the colors of France in honor of the country’s 2018 FIFA World Cup victory on July 15, 2018. 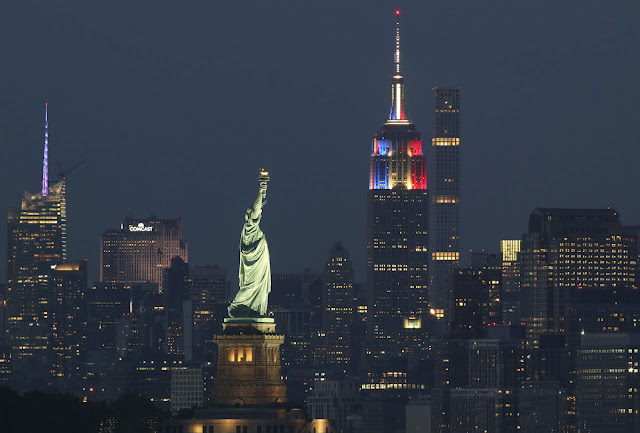 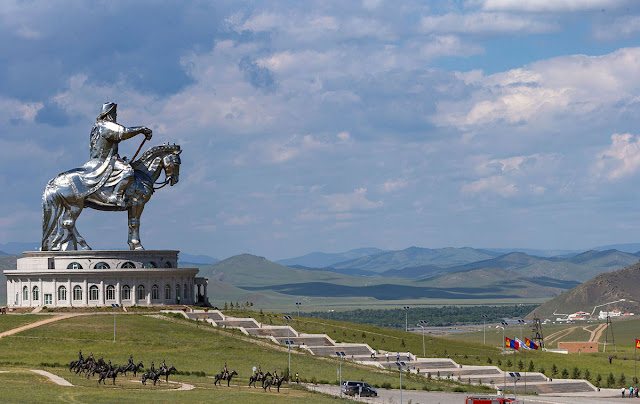 20.The final bonus photo: Christ the Redeemer, overlooking Sugarloaf Mountain and Guanabara Bay above Rio de Janeiro, Brazil, on July 4, 2016. Though the monument does stand at the peak of a 2,300-foot-tall (700-meter-tall) mountain, the statue itself only measures 98 feet (30 meters) tall, and comes in at No. 135 on the list of tallest statues. 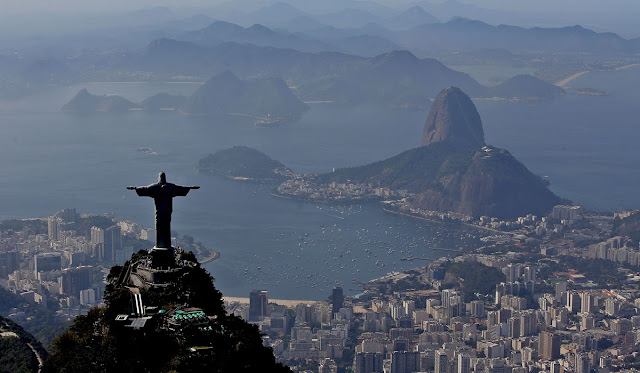