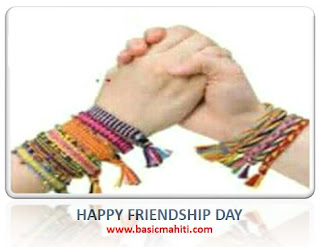 As most of we know that friendship day is celebrated on the first Sunday of August every year.
The first International Friendship Day was proposed in 1958 in Paraguay. Means it’s started almost sixty years ago in 1958. South American countries, especially people in Paraguay started observing Friendship Day and began celebrating it with much fanfare.
Friendship day was originated by the founder of Hallmark cards, Joyce Hall, on August 2, 1930.
According to experts, the idea behind Friendship Day was conceptualised by the greetings card industry. Before that, this special occasion was promoted through greeting cards, but later on, people realised it was a scheme to increase consumerism.
This day is still very popular among people worldwide including countries like India and other countries.
Surprisingly, the third week of May is observed as Old Friends, New Friends week.

Unlike India and most of the Asian countries, some countries like Brazil, Argentina, Ecuador and Uruguay celebrate Friendship Day on July 20 as Diadel Amigo (Which means Friendship Day in Spanish).


Friendship Day is Celebrating by Exchanging cards, tying friendship bands or going out with friends for dinner to celebrate the day are common practices. But there is also a less popular custom of giving pink and yellow roses to friends who have been with each other during difficult times.
PreviousThe Income Tax department has launched an ‘instant’ Aadhaar-based PAN allotment service for individuals.
NextSavitribai Jyotirao Phule – Mother of Women Education.