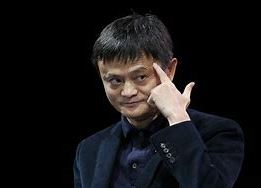 Jack Ma born on 10-Sep-1964, his real name is Ma Yun and known professionally Jack Ma.
Jack Ma is Inspirational to many young dynamic and ambitious. and Self-Made Billionaire and CEO of Alibaba.

He is a Chinese business magnate, investor, and philanthropist. He is the co-founder and executive chairman of Alibaba Group, a multinational technology conglomerate. As of March 2018,

Awards and honours.
·        In 2004, Jack Ma was honoured as one of the “Top 10 Economic Personas of the Year” by China Central Television [CCTV].
·        In Sep 2005, the World Economic Forum selected Ma as a “Young Global Leader”.
·        Fortune Magazine also selected him as one of the “25 Most Powerful Businessperson in Asia” in 2005.
·        BusinessWeek also selected him as a “Businessperson of the Year” in 2007.
·        In 2008, Barron’sfeatured him as one of the 30 “World’s Best CEOs“
·        In May 2009, Time magazinelisted Ma as one of the world’s 100 most powerful people. In reporting Ma’s accomplishments, Adi Ignatius, former Time senior editor and editor-in-chief of the Harvard Business Review, noted that “the Chinese Internet entrepreneur is soft-spoken and elf-like — and he speaks really good English” and remarked that “Taobao.com, Mr. Ma’s consumer-auction website, conquered eBay in China.” He was also included in this list in 2014.
·        BusinessWeek chose him as one of China’s Most Powerful People.
·        Forbes China also selected him as one of the Top 10 Most Respected Entrepreneurs in China by in 2009. Ma received the 2009 CCTV Economic Person of the Year: Business Leaders of the Decade Award.
·        In 2010, Ma was selected by Forbes Asia as one of Asia’s Heroes of Philanthropy for his contribution to disaster relief and poverty.
·        In 2011 it was announced that one of his companies had gained control of Alipay, formerly a subsidiary of Alibaba Group, so as to “comply with Chinese law governing payment companies in order to secure a license to continue operating Alipay.
·        Numerous analysts reported that Ma sold Alipay to himself below market value without notifying the board of Alibaba Group or the other major owners Yahoo and SoftBank, while Ma stated that Alibaba Group’s board of directors were aware of the transaction. The ownership dispute was resolved by Alibaba Group, Yahoo! and Softbank in July 2011.
·        Ma was awarded an honorary doctoral degree by the Hong Kong University of Science and Technology in November 2013.
·        Ma is a board member of Japan’s SoftBankand China’s Huayi Brothers Media Corporation. He became a trustee of The Nature Conservancy’s China program in 2009 and joined its global board of directors in April 2010.
·        In 2013, he became chairman of the board for The Nature Conservancy’s China Program; this was one day after he stepped down from Alibaba as company CEO.
·        In 2014, he was ranked as the 30th most powerful person in the world in an annual ranking published by Forbes.
·        In 2015, Asian Award honoured him with the Entrepreneur of the Year award.
·        In 2017, Fortune ranked Ma second on its World’s 50 Greatest Leaders list.
·        In 2017, a KPMG survey ranked Ma third in global tech innovation visionary survey.
·        In October 2017, Ma was given an honorary degree of Doctor of Science in Technopreneurship from De La Salle University Manila, Philippines.
·        In May 2018, Ma was given an honorary degree of Doctor of Social Sciences honoris causa in recognition of his contributions to technology, society and the world